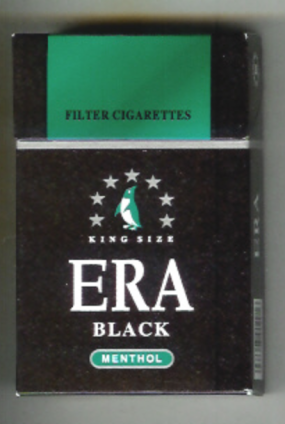 With over 60,000 Bruneians aged 18-69 engaged in smoking (Surveillance Population Survey, 2016) and with 50% of our locals end up dying from NCDs, it is now high time that the government consider making Brunei into a ‘Zero Smoking’ Nation. Members of the legislative council and ministers are urged to deliberate this issue in the efforts to reduce the damage caused by this unhealthy habit in the upcoming Legislative Council Session this march.

This piece will attempt in giving a strong case to continue and strengthen existing anti-smoking educational campaigns, to double the penalties for cigarette smugglers, and to promote responsible smoking for existing smokers, while at the same time raising awareness of the existing programmes that these smokers can participate in halting the habit once and for all.

First, when it comes to clamping down on smoking, education matters. In 1965, 45%of Americans smoked, today it’s only 15% (Smithsonian Magazine, 2015). This reduction is attributed to the rising awareness of the dangers of smoking and its links to cancer, heart disease, stroke and other NCDs. Such a phenomenon applies here in Brunei too, where smoking was rampant in the 60s-80s until the government started taking stern steps against smoking and by highlighting the dangers of smoking to the public.

Teenagers in school should be the primary focus for these anti-smoking campaigns. According to a 2014 MoH survey conducted, 11% of our students aged 13-15 used tobacco products. Dr James Perrin, President of the American Academy of Paediatrics, said that 88% or more of lifetime smokers start before they turn 18 (NBCNews, 2014). By targeting them when they are young, we will be able to nip the societal smoking problem in the bud.

While at it, anti-smoking campaigns should be organised for adults at the government ministries. It is saddening to see how some seniors still smoke. Should they not be a positive role model for the young?

Scare tactics should be incorporated into the campaign. An excellent example of this is the MOH anti-smoking ad currently playing in the local cinemas. These types of ads should be broadened and broadcasted nationally through the radio, newspaper, and other media channels. If done right, they will alarm smokers on the need to take care of their health.

After all, in a US study, 91.6% of ex-smokers highlighted health-related matter as the main reason why they stopped smoking. Even non-smokers warned friends or family about the dangers of smoking as a result of these scare tactics (Adweek.com, 2013). Other alternative tactics include ‘positive emotions’ and ‘social norms’ campaign’ (Masstapp.edc.org).

Also, we need to dispel ‘fake facts’ that is prevalent in society. Notorious among them is that “smokers live into old age”. “People who use this argument are just ignorant of risks and probabilities”, replies Simon Chapman, Emeritus Professor in Public Health, University of Sydney. Had they not smoke, they will cut the risk of getting lung cancer by 84% (American Cancer Society).

They will also save the government money had they not smoke. According to asbestos.com, the estimated cost for chemotherapy treatment can be as high as USD$30,000 over an eight-week period. In 2018 alone, the MoH spent $28 million out of the $46 million from the allocated budget 2016/2017 to purchase medicines for NCDs, accounting to an estimated 60% of total medication expenses.

Secondly, the government should focus on doubling the penalties on illegal cigarette smugglers. Even Sabah and Sarawak face this smuggling problem. It got so bad that one of the Malaysian Cabinet Ministers stated that 80% of the cigarettes sold in the two states are either contraband or counterfeit (New Straits Times, July 8, 2003). These problems do affect us given our geographical proximity and the regular smuggling cases that have been occurring as of late.

These smugglers bring into Brunei counterfeit cigarettes which they then sell into the black market. The dubious smugglers, as part of their commercial modus operandi, may have offered cigarettes for free to young people in schools or the cybercafes until our youth succumb into this habit. They tend to be cheap (BND$2 per pack), making it accessible for low-income earners and the young to purchase them. One famous example is the notorious Era brand.

However, these cheap cigarettes are deadly. The ICC (International Chamber of Commerce) warns “counterfeit cigarettes were found to contain unsanitary ingredients (such as human faeces, dead flies and mould), as well as a higher dosage of lethal substances (arsenic, pesticides and rat poison) in excess of legitimate cigarettes.”

These reasons are why if passive smokers even inhale a tiny amount of smoke, especially from the Era cigarette pack, one can get chest tightness and pain immediately. It is terrible for those suffering Asthma. It is even worse for the people (especially children) around the active smoker. There was a father who smoked in the car with all his baby in it recently. What he is doing is effectively poisoning not only himself but his child.

These reasons should be enough for us to consider doubling the fines on smugglers. That notwithstanding, all cigarettes are harmful, whether they are original or fake. It is like being given a choice between jumping out of the 20th or 30th floor of a building  (theconversation.com).

Third, is the need for smokers to be considerate and responsible when it comes to smoking. If one cannot contain oneself from smoking, please do it in an area where the smoke will not affect others. Once one is finished smoking, please throw the cigarette butts into the rubbish bin. The filter is made out of cellulose acetate, a type of plastic that can take over a decade to decompose.

Crucially, stop purchasing these illegal cigarettes. If possible, report those smugglers or sellers to the relevant authorities.

To the parents or future parents especially, please stop smoking today. Do not let your smoking habit affect your progeny because, one way or another, it will. Know also that the MOH under the Healthy Lifestyle Unit offer TF4L (Tobacco Free for Life) programme you can join in. You do not need to handle your smoking problem alone.

On the whole, smoking has severe social implications for society. I hope that the matters outlined in this piece will be raised in the Legislative Council Session. I hope that our highly esteemed legislative members and ministers would work together to realise promote a ‘Zero Smoking’ nation. Prevention is better than cure, after all.