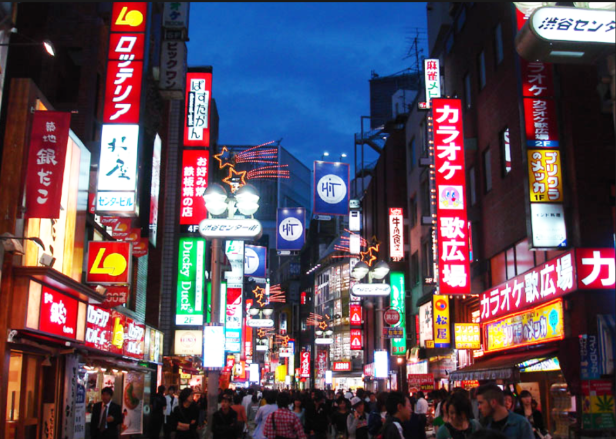 The Japanese economic miracle has always been one of my favourite success stories. The interest sparked when my geography teacher handed me a book on the subject. I forgotten the name of the book it was written by an American writer who marvelled and studied how Japan managed to build up its economy and its MNEs to the point that they were able to compete at the global playing field successfully.

In the book, one area which made Japan dominant in the 80s was their high-quality cars which saw it enter the US and global playing field, threatening big corporations like those of General Motors and Ford. And when Japanese car companies like Toyota, Nissan, and Mitsubishi dominated the US car market, business leaders were naturally surprised.

How can Japan, a country that was completely devastated in World War 2 managed to battle the odds? How were they able to raise up from their station, refocus their strength, and galvanise its peoples toward making the nation top class in the fields of science, industry, technology, and education. This is the question which this essay aims to answer.

One such answer can be said by one of the Japanese generals who led Japan during World War 2. In the midsts of defeat, he said to his fellow people that the battle for military dominance in the modern world is over. “It is best to turn our attention to dominate the fields of economics, industry, and business instead.” And turn his and his country’s attention on those fields they did.

The general survived the war and eventually  became the economic minister of state. There he drew up a national blueprint with an aim to support and to strengthen Japanese companies and businesses. He did so rather successfully with his economic reforms, where he and his compatriots shamelessly but intelligently borrowed the Western models of economic development for Japan’s progress.

Much like South Korea, they were extremely pragmatic in learning the importance of intensifying the education and research and design base of whatever models that suits best for their nation’s interest. They do not simply cut, copy, and past the model. No. They learned intelligently and plant the seeds in the minds of its young that would eventually shape the Japanese way of doing things to deal with the changing world order.

Had they just copied blindly from the West, the reforms they set in place would have been abortive if not unsustainable in the long-run. The way how they do things is that if any knowledge comes in, they discussed and make research about them. Slowly and gradually they made those “knowledge their own”.

To any country which has often opted to find solutions through international consultants, consider that those changes would not be sustainable unless the people themselves are willing to understand, apply, and teach those concepts intelligently among themselves. And it is not the consultants fault for having a client unwilling to learn what they present anyway.

Are the Japanese always this hardworking and intelligent? To a certain extent yes and no. Yes, in a  way they have managed to build a top class economy in less than five decades through its peoples willingness to innovate, compete, and build companies.

To a certain extent, no, especially in the past. In the 18th century, when the great American admiral, Commodore Mathew Perry arrived in Japan he commented how uncouth, uncivilised of a barbarian state is. Japan being made up of separate kingdoms were always at battles with each other. Those in power were almost always the warrior class, or the Samurais, leaving the whole nation state led not by knowledge and intelligence but by brute force.

When Commodore Mathew Perry wanted to open up Japanese trade, the Emperor balked at the idea, set an expedition force to crush the American fleet. With US’s gunner superiority, the Japanese lost. They were forced to sign an agreement which led to the opening of Japan’s trade to the world.

But they learned fast. Upon the “national humiliation” felt by the Japanese, the people went to the then Emperor Meiji to complain about the West’s treatment of them. The Emperor intelligently replied that had Japan resisted any further, they would end up like the Chinese – and the Chinese being proud and hardheaded people were badly trashed in the Opium Wars and subsequent conquests made by the West.

The Emperor said, “Learn the Western ways of doing things. Study them for one day, we will rise up and claim our place in the world.” Since the people of a nation tends to emulate their leaders, those who were led by him took his advise wholeheartedly and this sets up a pecking order of how they do things.

The culture of learning was embedded into the heart and souls of the Japanese people during the period of his rule.

There were many who opposed to how he did things stating that Western models were incompatible with the “Japanese way of life” and called for the preservation of “tradition”. To which the Emperor blasted them, saying how rubbish that arguments are. He replied that the Japanese people became great in the past because they were willing to learn new things and methods required to make their place in history. And that the emperor was merely emulating them.

He also knew the danger Japan and its people would face had they remain ossified and fail to progress. And the failure would not rest on those critics, but himself. He shuddered them off and continue on his effort to bring about modernity for Japan using Western models of development.

And the best way to progress is to emulate, learn, and model after successful nations. These not only include the US, but Britain, Netherlands, Germany, and many more. The culture of learning and aspiring from the best came at the most important juncture of Japanese history. Had the critics won, Japan would be a third-rate if not failed country today.

One person who was inspired by the call of the Emperor was Yukichi Fukuzawa, known to be the Voltaire of Japan. Fukuzawa Yukichi (1834-1901) was Japan’s preeminent interpreter of “civilization and enlightenment” — the lifestyles, institutions, and values of the modern West that Japan strove to understand and embrace in the early decades of the Meiji period.

Fukuzawa was the country’s intellectual figure and became well known as a forceful advocate for the Western way of life, was a teacher and advisor to many of Japan’s most influential national leaders, and founded a successful newspaper as well as a leading private university.

In his autobiography, he recounted that when was in his teens, he was sent to a school to learn the Dutch language, or the “words that read horizontally” as he metaphorically states it in his book. There he laboured for many years until he got a mastery of the language as well as other Western works.

Why the Dutch language? Well, because the Dutch was a major trading partner of Japan back then. It also happens that his teacher was one. He thought learning Dutch was the key to understanding everything. It was not the case, however. The main language was English. Upon realising this he felt dishearten. He had to start all over again.

And he did so with great ferocity to learn that language that in less than five-seven years he was able to understand and speak the language. What can be learned from Yukichi Fukuzawa’s case here is that he never gave up in the pursuit of knowledge. But pursuit of knowledge was only one facet of learning. It was time to apply it. And apply it he did.

For instance, when he was only less than twenty years old, he and his friends read a chemistry work on how to produce sulphur acid. They decided to make an experiment. They gathered all the necessary materials and cooked them in a furnace. Nothing happened at first. Then suddenly something sparked and when they pulled out the pan, they saw some liquid: it was sulphuric acid.

Consider that a bunch of of Japanese kids who knew nothing about English few years ago was now able to produce for themselves sulphuric acid from a textbook they got from their school. And this happened in the 19 century. If there is any wonder how Japan was able to build those great chemical complexes or industrial enterprises, it can be attributed to their willingness to learn and to experiment on ideas.

Yukuchi Fukuzawa later got a job in government tasked at translating letters to the government. He was also part of the first few delegations sent by the government to make rounds in Europe to study Western models of development. In Germany they supervised how they made vassal ships, in France on how they can make steel works, in the UK how they can make heirlooms, and in the US on how to make an effective government structure. If there is any wonder how Japan progressed so fast it is because their people’s insistence on learning and apply knowledge.

During Yukuchi Fukuzawa’s lifetime, he played a role in establishing the Keio University, the newspaper Jiji-Shinpō and the Institute for Study of Infectious Diseases. He was an early Japanese civil rights activist and liberal ideologist. His ideas about government and social institutions made a lasting impression on a rapidly changing Japan during the Meiji Era. He was honoured by Japan by having his portrait printed in the national currency.

In addition, when they do study, they applied them back home. And they did so brilliantly.

One person who gained from one of the government sponsored rounds was a man by the name of Saikichi Toyoda, the son of a poor carpenter. During his travels he met a British merchant, discussed business, and ultimately secured a license to operate a heirloom business in Japan. Toyoda became extremely successful at utilising that technology he dominated the industry.

Through his successes, he build more business units, diversified into many other industrial fields, and divested in others which became irrelevant. His business strategy was so successful that the company still stand to this day. That company’s name is Toyota. In honouring his great contribution to the nation, Sakichi Toyoda is referred to as the father of the Japanese industrial revolution for his effort in hastening Japan’s path for progress. 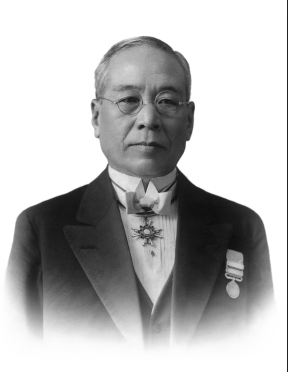 (Son of a poor carpenter, Saikichi Toyoda was the Founder of Toyota and the father of industrial revolution. Source: Wikipidea)

Truly Japan has gone a long way in building their place in the world through learning and applying the knowledge that attained from the West. It could not have been made possible had it not for the willingness of its leaders to confront the hard facts in front of them. And its leader, Emperor Meiji played his part in paving way for Japan’s modernisation process. His people, namely Yukuci Fukuzawa and Saikichi Toyoda are simply by-products of the revolution that is bought about Japan’s ushering from a third-world country to first.

2 thoughts on “How did Japan Succeed and What can Brunei learn from her Experience?”